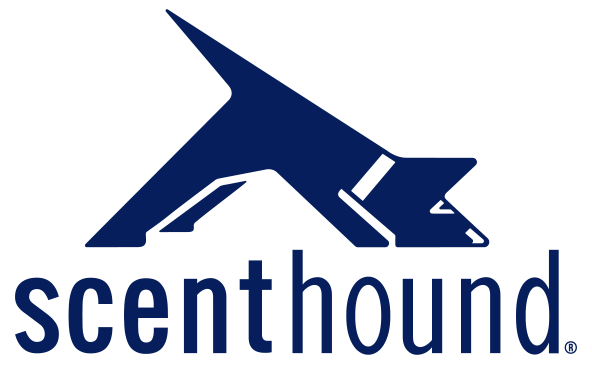 Actually, you can teach an old dog new tricks—especially when they’re a seasoned professional eager for entrepreneurial success. Here’s how Cesar Quintero helped Tim Vogel implement EOS® so he could stop working like a dog.

Tim Vogel forged impressive professional credentials by working his way up the ladder at multiple companies, all of which prepared him to take the leap into business ownership.

He started in a junior position at Enterprise Rent a Car and was rapidly promoted to manage multiple stores. From there, he went to work at On Campus Marketing, and soon became vice president of operations, a position which included integrating six new companies into the organization. Soon after, he was a key player in rolling out carsharing in Washington, DC—launching Flexcar, which subsequently merged with Zipcar in 2007.

His journey involved moving from a big company to a mid-size company, to a startup—while taking on increasing responsibilities—before finally becoming an entrepreneur.

“I had developed enough of my skills and was comfortable that I could go it alone,” Tim says. “It came down to generating the confidence to make that leap.”

Today, you can find him applying his talents (and passion) to a penchant for pooches. In 2005, he moved to South Florida and started a dog grooming business which evolved into Scenthound in 2015—an innovative franchise enterprise that is revolutionizing the sector.

Tim and his team offer a quick and affordable twist on the traditional grooming service, challenging the financial and time-based barriers that owners face with pet care. But like many entrepreneurs, Tim’s passion once led him into a common “traction killer:” shouldering too much responsibility at the cost of applying his unique talents.

How Tim seized a franchise opportunity

After falling in love with his new dog and looking into pet-care services, Tim found the sector lacking and knew he could do better himself. He soon enrolled in dog grooming school to learn firsthand how to professionally care for animals, and quickly secured his first grooming van and hired a groomer. Within a couple of years, he had four vans running six days a week. The business was doing well, but he hit a wall.

“I soon ran into issues of scalability,” Tim recalls. “That started my journey, which ultimately led to the creation of Scenthound.”

Scenthound was his pivot from a strictly retail model to a membership-based, wellness-focused business model, the foundation of which was a classic “Blue Ocean Strategy”—using differentiation to create demand that leapfrogs the competition.

“Eighty percent of the most popular breeds don’t require haircuts, but every dog needs basic care like bathing, ear cleaning, nail trimming, and dental care,” explains Tim. Scenthound provides all of these expanded services along with two other innovations: operating in fixed spaces and using a monthly recurring revenue model, a framework underutilized by his competitors. With his pivot in place, Tim now had to push the business to success.

Tim joined the Entrepreneurs’ Organization (EO) of South Florida through the Accelerator program, where Cesar Quintero was also a member. They shared a journey of process development designed to help scale businesses until both ultimately ran the program after they graduated from it.

Tim had used the Entrepreneurial Operating System® (EOS) in his business and attempted to implement traction himself. But it was demanding too much of him to be both an implementer and a participant in his team’s meetings. He wrestled with what was essentially a conflict of interests: as a leader, he struggled to guide his team while also being a present participant in devising solutions.

When it came time to become fully engaged rather than running this vital task, he turned to Cesar as a facilitator he could trust.

“I would say I was kind of doing a JV version of it. And as we grew, I wanted the varsity version,” says Tim. “I had seen Cesar in action many times, and I knew he was better at implementing EOS than I was. He brings a level of finesse and clarity that I knew would help align my organization.”

Cesar went to work by re-launching EOS® with the company by managing quarterly team meetings and providing the neutral perspective of an outside party. Freed of the “always-on” stress while implementing EOS®, Tim became fully present in team-building and traction-based decisions and contributed more to developing his business.

Tim’s team was soon aligning around specific targets, nailing down role allocation—Tim transitioned away from being an Integrator—and setting accountability for those goals. “I started making some key hires,” Tim reveals, “and Cesar helped me identify who would be best to integrate where. He really changed our dynamic for the better.”

A major boost was Cesar’s recognition of Tim as a visionary for his business (“He effectively fired me as the Integrator,” laughs Tim). Refining his responsibilities to executing the company’s strategic vision enabled him to fully realize his superpower and accelerate Scenthound’s trajectory. Implementing EOS’s Quarterly Rocks, mastering accountabilities, and clarifying key performance indicators (KPIs) further helped the team gain traction.

Scenthound is growing—fast. Corporate stores recently celebrated a milestone of $2 million in revenue. “We’ve never hit that before and we’re not even at the end of the year yet,” he said in early December. Tim credits traction and his team’s enhanced performance with the achievement.

On the personal side, Tim is free of the frustration of doing tasks that he felt he wasn’t great at, and he now directs his skills where they can have maximum effect. The grind of daily accountability management had been wearing him down. Now, his professional life, talents, and purpose are in sync.

“Cesar has improved my life holistically,” Tim says. “He asked me all the right questions at the right time. I’m in a much better space. I have more freedom for the creative process.”

Tim’s newfound freedom, in turn, creates opportunities for Scenthound: new services, new ways to offer them, and new relationships with employees and customers. He’s now in a position where he does what he’s great at. And the future looks bright.

Scenthound has already sold multiple franchises, the first two of which will be opening in the months ahead. And Tim’s goal is to have 40 franchise units in place by the end of 2020. With successful traction—including well-designed KPIs, accountabilities, and role allocation—there’s a good chance that you’ll soon see a Scenthound near you.

Are you ready to revitalize your team? Schedule a meeting with Cesar today to implement traction in your business.