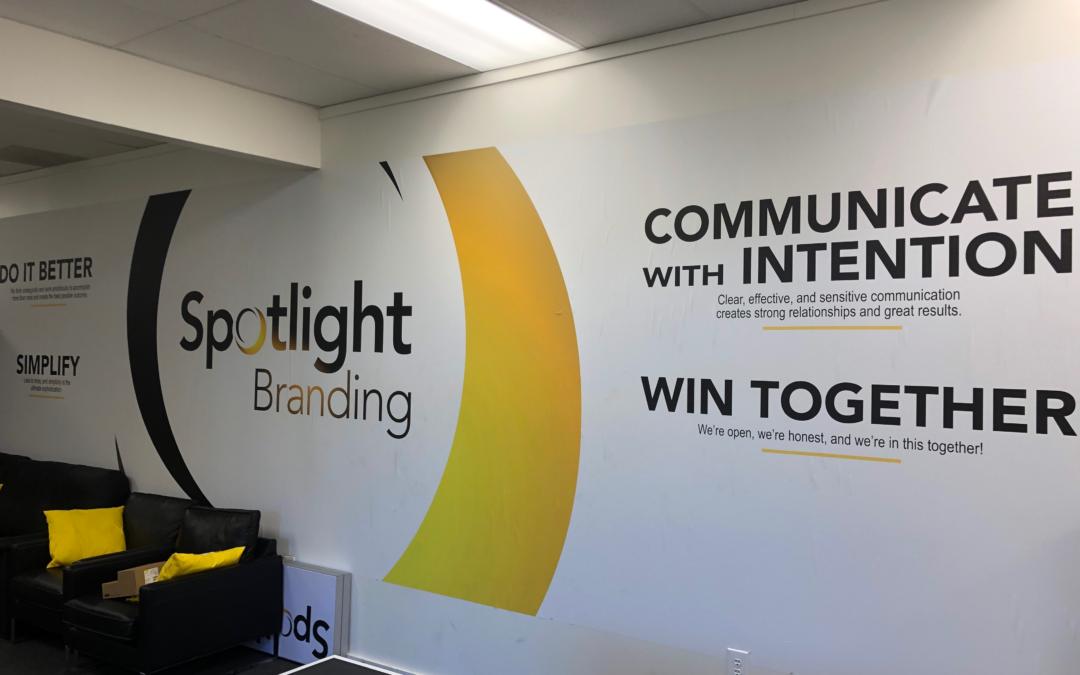 Running the Charlotte, North Carolina marketing firm felt like “flying a jet really fast without instruments,” until its founder turned to The Profit Recipe for some navigational aid.

For Marc Cerniglia, running Spotlight Branding from 2014 to 2017 often felt like being strapped into a rocket with an unknown destination.

Cerniglia co-founded the Charlotte, North Carolina firm in 2011 after recognizing law firms needed help with their content marketing. It took the company three years to reach $200,000 in revenue, but sales tripled to $600,000 in 2015, broke the $1 million barriers a year later and reached $1.3 million in 2017.

“We didn’t know it at the time, but I think what we realize now is that we never really developed the rhythms and the processes that were needed,” Cerniglia recalled of that period. “We just never really had a consistent way of meeting, of checking in on how different departments were doing. We were really lacking in measurables so while we knew our revenues were growing, it felt like we were flying a jet really fast without instruments.”

Cerniglia concluded that implementing the Entrepreneurial Operating System (EOS) espoused in the book “Traction,” would provide Spotlight Branding with the instrumentation it needed. Conversations with entrepreneurs trying to implement the system on their own, however, yielded all sorts of conflicting advice that convinced him that. Spotlight Branding should invest in hiring a professional EOS implementer.

“I feel like people that do it on their own are limited by their own experiences and what they see in their own business,” he said. “That might be kind of shortsighted at times.”

When he learned that Cesar Quintero, who he met during a mutual appearance at a TED Talks conference, had created The Profit Recipe to offer EOS implementation and other services, he hired the firm.

And he’s glad he did.

“When I go talk to Cesar, he’s always got an answer and it’s not just his opinion,” says Cerniglia. “His advice is backed up by kind of years and years of this process being in place.

One of the first things The Profit Recipe got to work on was helping the company revisit, refine, reaffirm and articulate its core values.

“We actually got them printed up on a wall mural,” said Cerniglia. “And literally weeks later I’m hearing people reference them in conversations. That was one of the most instant returns that I saw – everyone holding themselves to these standards and a specific mindset.”

With The Profit Recipe’s guidance, Spotlight Branding also began developing metrics to measure the progress of each department and set short-term goals.

“In the past, once in a while, we would try to create a dashboard for this department or that department, so they can track things better,” Cerniglia recalled. “We played around here and there, but we never firmly said, ‘Here are the department’s measurables, here’s how we know how the department is doing.’”

Spotlight Branding has since developed dashboards every one of its employees can use to measure how their department is performing against its short-term goals, or “rocks.”

The combination of core values, metrics, rocks, and L10 meetings provided the structure and processes needed to align employees. The crew of Spotlight Branding rocket ship had the instrumentation it needed to ensure its upward trajectory.

Praise for the EOS ecosystem

He’s also been struck by how quickly it has transformed the company.

“To see people reacting to those very, very quickly after we established them, and them becoming part of our DNA, was pretty special,” he said. “We’ve literally created more traction in our business, which I think is why this whole thing is called ‘Traction,’ because literally everybody is meeting and we’re solving our biggest problems.”

In interviews, Spotlight Branding began asking job candidates to explain what each of the firm’s core values, including “make it better,” means. All three employees hired in the first nine months of 2018 were asked during their interviews to provide examples of how they improved on something that was already good to make it better.

The L-10 meetings have helped the company prioritize resources amid rapid growth and change both within the company and the content marketing business.

“These L-10 meetings really do surface the most pressing things and push away the issues that may not be as pressing,” Cerniglia said. “And it’s just amazing how much stuff we’ve solved and put behind us, so we can move on and stay focused on our biggest goals.”

All in all, Cerniglia feels like Spotlight Branding is better aligned because it communicates better with its employees and is better measuring and tracking key metrics.

“Everyone knows what their job is,” he said. “They know what’s important. There’s no ambiguity. It just feels like we’re more focused than we’ve ever been. I think everybody really knows the most important things they can be doing every day.”