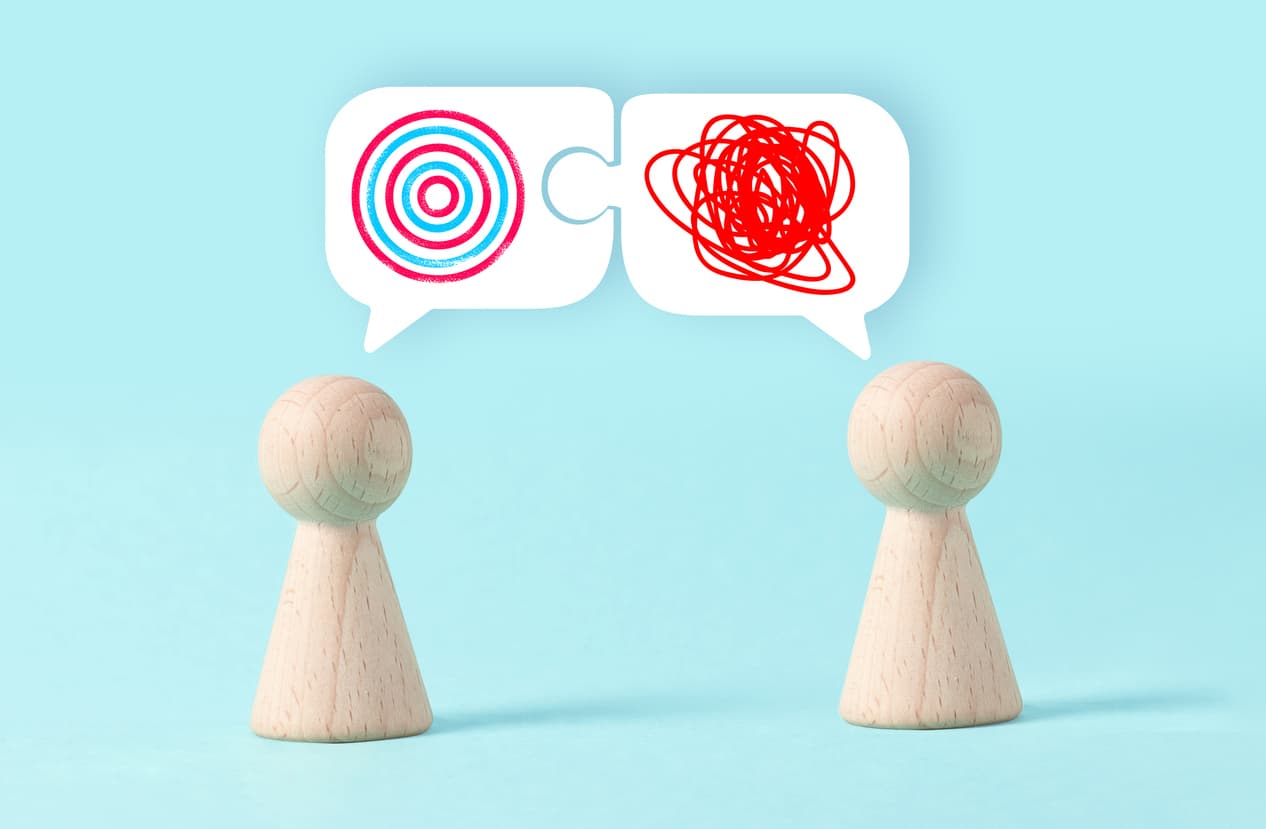 A Powerful Issue-Clearing Model That Constructively Puts Conflict to Bed

Every company has its issues and conflicts. And all teams, even high-performing ones, experience some drama, whether it stems from professional missteps, personality conflicts, or minor disagreements that blow up into major ones. The solutions to these problems are often pretty simple, but they’re incredibly hard to do because we can’t see them clearly.

This is where using a dedicated issue-clearing model works wonders. This process helps reframe and define the issue, enabling understanding and solutions. Let’s look at one of them that I use and recommend to clients, colleagues, and anyone else looking to resolve conflict constructively.

The Clearing Model from the Conscious Leadership Group—which I like to call the “Clearing the Air Model”—is my favorite issue-clearing framework because it’s based on behavioral science. And, crucially, I’ve used it and seen it work many times. Essentially, this model serves to clarify issues by sorting out the clutter of emotions, narratives, and other aspects of a problem from the objective facts—while acknowledging all these factors.

This separation is crucial, as disagreements may become irreconcilable when facts, feelings, and how we tend to see the world get confused and conflated. Consciously applying this model clarifies things by bringing an objective view to subjective perspectives. It also allows everyone to speak their truth while enabling empathy in the participants who use it. And often, learning to put ourselves in others’ shoes gets everyone most of the way toward a resolution.

This issue-clearing model cuts through the natural confusion of conflict by separating the disagreement into four components:

1. Facts are, of course, the pinnacle of objectivity. They are the non-negotiable aspects that can be recorded by a camera, audio recorder, or digital document. Here, we’re talking about dates, times, or things said with witnesses present.

2. Stories and Opinions are things we proactively bring to the table from our minds and lived experiences, and this component causes the majority of conflict. A basic analogy is two individuals, one wearing pink glasses and the other wearing yellow glasses, who argue over the sky’s color. In a professional setting, an operations person might evaluate a decision based on their priorities and experience, while a marketing team member disagrees based on theirs.

3. Feelings are, well, feelings, such as frustration, sadness, or disappointment. But it’s important not to confuse or conflate them with stories. For example, if a colleague or subordinate says, “You make me feel [however],” that first part qualifies as a story. The behavior that caused it may be accurate, but the declaration is the individual’s perception (story) about it. Feelings and stories are intertwined, but a vital element of this model is distinguishing them.

4. Expectations are our wants, needs, assumptions, and desires from specific situations, and they are unmet when there is conflict. Again, experience-based stories color our wants and needs, as we are conditioned to expect certain things based on the past. For example, someone who grew up in a culture where dinner is served at 6 PM may be scratching their head when visiting someone who grew up where dinner happens much later. Professionally, we may expect things to be just like they were at the last place we worked or how other team members have always done them.

The heart of this model is identifying and separating these four factors so we can assess them and the situation accurately. There is also an extra fifth aspect I use, discussed below.

How it works, part 1: Speaking our truth

When two or more people conflict, this issue-clearing model realigns them by clarifying the root causes of the disagreement and enabling real communication.

So, for example, let’s say that I disagree with one of my colleagues at the Profit Recipe. We’ll use my friend Gerardo Escalona and a hypothetical issue with him showing up late to meetings, even though this situation doesn’t really apply to him—Gerardo is usually on time!

To start using the model, I first express my side of the story but consciously do it within the four-element framework. I might say:

“Gerardo, the facts are that you were 30 minutes late to the meeting. The story in my mind is that you don’t value my time or the effort I’m making to be here with you. That makes me feel disappointed and underappreciated. And what I expect from you is moving forward to arrive 10 minutes early for a meeting, so we can always start on time.”

Pretty straightforward—and maybe a little unusual—right? Nevertheless, the results can be very effective. The powerful ingredients are that the speaker consciously separates these four elements while specifically projecting the aspects of the disagreement on the person doing the exercise. So, instead of …

“You did this, you don’t value my time, you made me feel this way, and you need to do this instead!”

… it instead frames it as “Here’s how I view things.” This may be a simple rhetorical trick, but it’s powerful for several reasons:

Going through this exercise is effective, but I add another component that makes it genuinely sing: expressing the speaker’s role in the issue. In that case, the sequence would go like this, with the new element at step four:

Adding this additional step (our new number four) adds a layer of personal truth and accountability, further removing the judgment and blame that worsen disagreements and derail team dynamics.

How it works, part two: Validating the initial speaker’s perspective

So, Gerardo has listened to my read on the situation, he is less defensive because of how I framed it, and he can’t make excuses about the facts. Instead, the model teaches him first to acknowledge and validate the speaker’s perspective. The simplest way to do this is by repeating the narrative, including the five individual components of the model:

“Cesar: What I heard you say is that, factually, I was five minutes late. Your perspective (story) is … [etc.].”

Again, this is a straightforward exercise that can seem odd at first. But the repetition is a critical step, as it makes the first individual feel heard and reinforces the mutual understanding of the issue. Often, two people in conflict don’t listen to each other. Instead, they are thinking of defensive comebacks to something initially said in a judgmental way. This model and its systematic approach address and avoid that error.

This repetition enables both individuals to clear their minds, really listen, acknowledge and validate the other, and practice empathy.

The validation extends to both parties. In our hypothetical situation, Gerardo would ask, “Did I get that right?” after he restated my position. He either did or didn’t. If it’s the latter, this is my opportunity to tell him, “No, you confused this; I meant [something else].”

Once these basics are established, the final part of this step is pointedly asking if anything else needs to be added to the assessment. If there is, we restate the issue within the model. If not, it’s time for the other person to speak their truth.

How it works, part 3: The other perspective

We would then go through the same steps we did after the first speaker had their say. I repeat what Gerardo said to validate his perspective, ensure this repetition is correct, and determine if anything needs to be added.

In the end, both of us are very clear on where the other stands. We understand the true nature of the disagreement and what we expect to solve or avoid conflict in the future. Rinse, lather, and repeat these steps until things are explicit and there is an action plan for the issue.

Practice makes perfect and gets us comfortable with the process

So, I know what many of you are thinking right now: “Wouldn’t this be a little weird and clunky to do in real life?”

Yes … at first. And you don’t need to do it for every disagreement, such as where the leadership team is ordering lunch. But when it comes to the important conflicts that can put people at odds and kill alignment and engagement, it’s a potent strategy. Also, once you start practicing the model and internalizing the components, going through the steps becomes quite natural.

The process forces us to consciously assess these factors and carefully frame our disagreement, making it an immensely healthy way to approach issues.

Try practicing this issue-clearing model before every meeting—or some of them—focusing on the problems getting in the way of alignment. It can clear the air and help ensure that you have a positive, productive gathering of the leadership team! 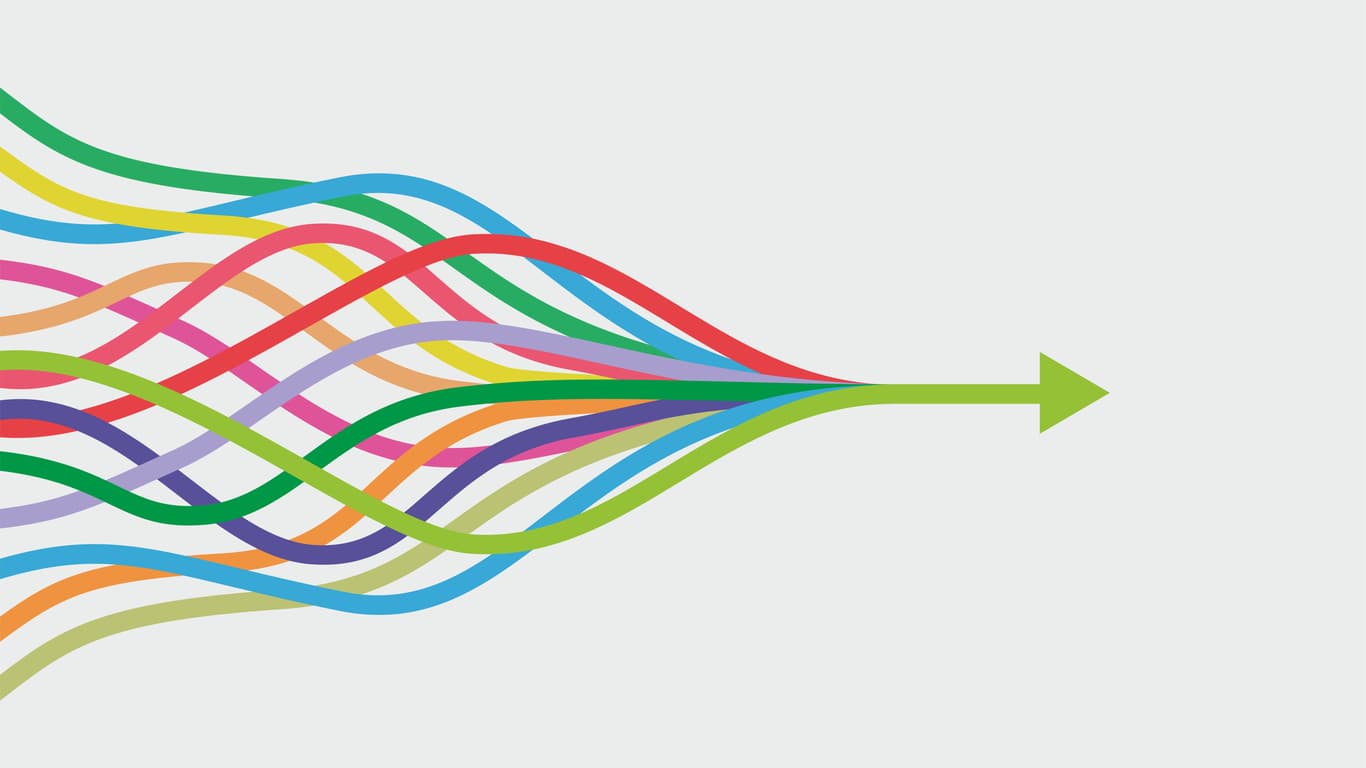 How to Be an Effective Leadership Team: 4 Alignment Essentials 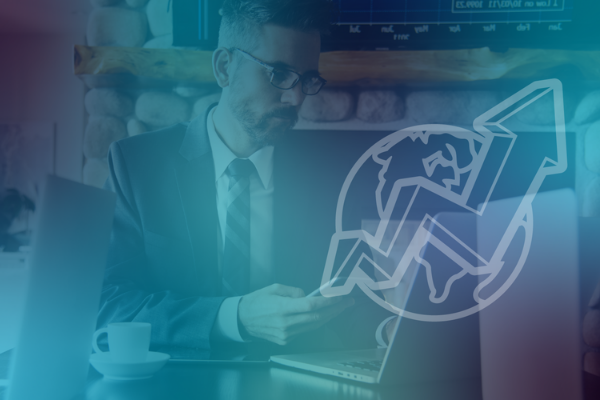 The Top 5 Tasks To Delegate To a Virtual Assistant