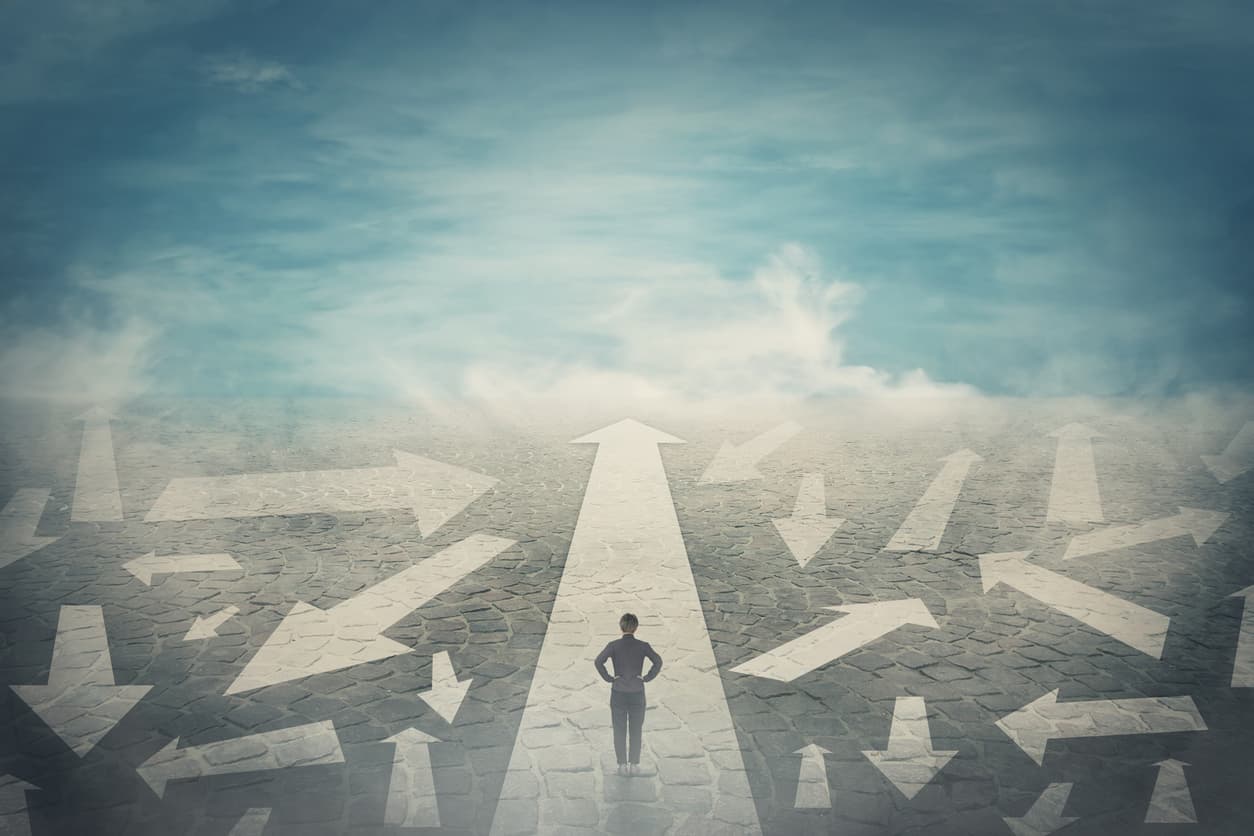 Become a better leader by learning how to make decisions and combat paralysis by analysis, conflicting opinions, scope creep, and any excuse for not deciding well

The inability to make a decision is one of the most hazardous things for a leader, a leadership team, and a company’s success. This lesson applies to everyday decisions that propel a business forward, those designed to solve specific issues, and the choices that need to be made quickly to avert or handle a crisis.

Essentially, failing to decide lets events shape us and our businesses rather than us shaping them.

We see this problem occur as we help businesses implement the Entrepreneurial Operating System® (EOS®) and the strategic and tactical decisions that make it work. Many times, these decisions center around solving issues. But numerous other choices are just as important, from who to hire to determining the long-term direction of a business.

Every decision relies on having the best information possible and an actionable plan to carry it out. But often, making a choice itself—even an imperfect one—is the biggest hurdle.

The value of being decisive

As the legendary US General George S. Patton said: “Be willing to make decisions. That’s the most important quality in a good leader.”

Patton wasn’t the ideal example of a leader in every respect, but he was certainly a man who knew how to make effective decisions. At the tail end of World War II, the German Army—which the Allies thought was nearly defeated—launched a vast surprise attack that routed the American forces in its way and threatened to cut off Allied supplies. Now known as “The Battle of the Bulge,” it was a disaster in the making.

Patton was tasked with responding to the German thrust and relieving American forces surrounded at a vital crossroads. When Allied Supreme Commander Dwight D. Eisenhower asked Patton when he could counterattack, the general said he could muster three divisions within 48 hours. Other leaders thought this logistical feat was impossible:

Eisenhower was not amused, wrongly assuming that Patton had picked a very inopportune moment to boast. “Don’t be fatuous, George,” he retorted, in obvious disbelief.

Notes from the meeting record that “There was some laughter, especially from British officers, when Patton answered ‘Forty-eight hours.’” Patton’s senior aide, Lieutenant Colonel Charles Codman, witnessed “a stir, a shuffling of feet, as those present straightened up in their chairs. In some faces skepticism. But through the room the current of excitement leaped like a flame.”

Fortunately for the gathered officers, Patton wasn’t bragging nor unrealistic. In fact, he’d perceived the seriousness of the German attack early and developed plans to counter it. Patton seized the initiative during a crisis and did the seemingly impossible, saving besieged American forces and smashing the German offensive. He delivered a miracle in the biggest test of his career.

Thankfully, most of us will never face decisions where lives or the fate of nations are on the line. But as the pandemic has illustrated, every entrepreneur will deal with some sort of crisis that demands decisiveness. And there are innumerable small, routine decisions that must be made to avoid business stagnation or failure.

We must decide—smartly, in a timely manner, and with a plan to get things done.

An EOS roadmap for being decisive

EOS Worldwide Founder Gino Wickman created a great guide to effective decision-making in his eBook Decide! The One Common Denominator of All Great Leaders. Among the valuable advice is the importance of making four discoveries:

“Discovery #1: You must have clarity of vision.”

Following this guideline to fulfill a company’s Vision relies on answering five questions about what aligns with our Core Values, Core Focus, 10-Year Target ™, 3-Year Picture™, and ideal customers. The answers serve as a filter for all decisions.

For example, a Core Value of “Doing the Right Thing” makes letting go of an employee who shades the truth to team members or customers an obvious decision. And starting a new line of products not aligned with our Core Focus would be a mistake, as staying focused prevents us from falling prey to “shiny object syndrome.”

For another example, read about this tough decision explained by the co-founder of a marketing agency:

I was starting my agency, and one client represented 60% of our revenue, but we weren’t able to deliver the results because the owner was changing & controlling every part of our process and how we did things. This would put our quality at stake for all other customers and not let us scale the way we had envisioned. Could we keep the client, get average results & hurt our reputation or let the client go and keep our reputation intact?

The co-founder “made a list of the short-term positives/negatives and long-term positives/negatives” and ultimately “decided to stop working with the client.” The impact on the agency’s reputation simply wasn’t worth the money. This process was intelligent and likely led to the best decision. But Wickman’s specific framework would have worked, too.

For example, if a company understands their ideal customer and identified that their process is what makes them unique in the market as part of their Vision, the decision becomes extremely clear—no matter how tough it seems. Compromising their model would also have a negative impact on client reviews, and reputation loss may have imperiled the business’s chances of reaching its 3-Year Picture and 10-Year Target.

A select few leaders are naturally confident in most things they do, while many others routinely suffer from self-doubt and imposter syndrome. Regardless, every leader sometimes needs to step away from a situation, clear their mind, and find the lucidity necessary to choose wisely. EOS systematizes this process with Clarity Breaks™, “a regularly scheduled appointment on your calendar with yourself to work on your business.”

Scheduling these periods makes sure vital reflection isn’t overlooked. But breaks are necessary, whether it’s an appointment on the calendar or an ad hoc trip to a coffee shop to gain time and distance from a situation. As author Salman Rushdie said, “The only people who see the whole picture are the ones who step out of the frame.”

Business leaders often need to step out of their frame—even for a limited time—to gain the confidence and clarity to proceed with a clear mind and a strategic view.

I used to be a leader by consensus and would never make a decision unless everyone was in agreement. It was one of my biggest leadership flaws.

But I eventually discovered the “Ten Commandments of Good Decision Making” from Wickman’s book, and they were game changers for the way I made decisions. I was probably failing at 7/10 of his commandments, so my decision-making grade was a clear “F.”

Here they are with some comments on how to apply them in your day to day:

“Discovery #4: Not all good decisions are made at the same speed”

Many of these decision-making best practices—and the term “decisiveness” itself—imply speed. And failure can result from slow decisions. That’s certainly the case in rapidly evolving crises, such as the Patton example above. But not all issues and decisions are created equal, and different choices and leaders work on different effective timelines.

It’s a balancing act where leaders understand the essential requirements of quality decisions and establish a tempo for making them. This tempo can change based on personalities, the urgency of a problem, and each business and team. But Wickman writes that as long as we develop synergistic teams that leverage unique strengths—and move forward—it’s perfectly okay that some decisions move slower or faster than others.

We recommend that you download Wickman’s free eBook and read it today. Beyond these essential Discoveries, he delves into some great examples that illustrate them and a concrete process for making good decisions.

Effective leaders and teams know how to make effective decisions

In 1967, famed management consultant, educator, and author Peter Drucker wrote that “effective executives know that decision making has its own systematic process and its own clearly defined elements.” Drucker outlined his steps for classifying and making decisions in the Harvard Business Review. Each has a unique name and some differences from Wickman’s prescription—but there are many similarities.

Over five decades later, many of Drucker’s principles remain relevant, and the concept of leveraging a process for making decisions is universal and timeless. “An effective executive makes these decisions as a systematic process with clearly defined elements and in a distinct sequence of steps,” wrote Drucker.

We recommend that entrepreneurs read Drucker, Wickman, and a variety of other valuable sources, and we know from experience that EOS provides a practical framework for making decisions. But the key to being effective—whatever the approach—is doing things systematically. Putting into place and following a process helps us consistently make timely and productive choices.

Procrastination, paralysis by analysis, futile attempts at total consensus, and unaddressed problems and opportunities have little place in successful businesses. Over time or in brief periods of crisis or opportunity, they are the difference between success and failure. 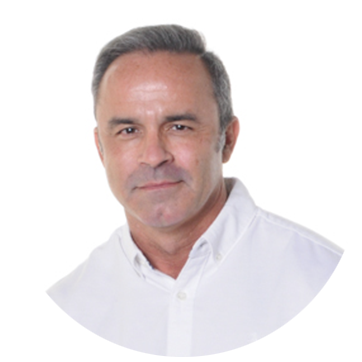 Romel Beiner: Why I Helped Found the New Profit Recipe and Became an EOS® Implementer 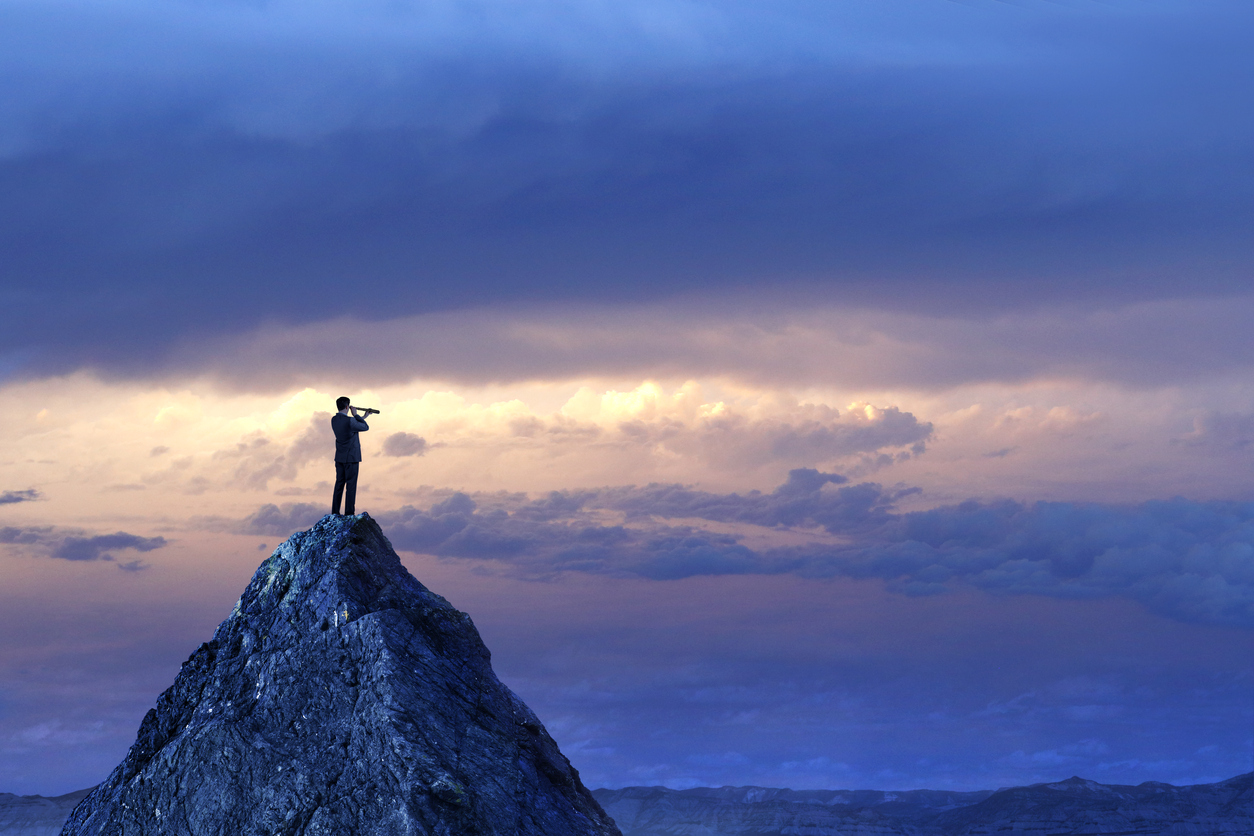 The Intersection of Purpose and an “Ideal Life” for Entrepreneurs